Aloha At Risk- Education in Hawaii

I'm a busy busy teacher. Along with finishing the next few drafts of my book, He's the Weird Teacher, excerpts from which I appreciate all of you reading here, I am also editing a collection of essays covering a wide variety of topics and writing styles about teaching and education in Hawaii, including first person stories from teachers about working in their classrooms. We, myself and the publishing group Interstitial Press, have begun circulating the CFP (Call For Papers) I have included below. Essay inclusion will be merit-based, so writers with no previous publishing experience need not worry about being overlooked.
We are already in talks with local booksellers about Hawaii distribution and nationwide and international distribution has already been assured.
The title is a parody of the Regan-era study "A Nation At Risk" which jump-started much of the education reform movement in America.

Below is the CFP. Thank you for reading and I look forward to your submissions.

Since the release of “A Nation At Risk” in 1983, public education has been subjected to increased scrutiny from political officials, parents, and concerned citizens. In recent years, such scrutiny has given way to calls for comprehensive education reform. Both the federal No Child Left Behind Act of 2001 and Race to the Top program, respectively inaugurated under Presidents George W. Bush and Barack Obama, focus on increasing standards for public schools throughout the United States, while more local initiatives like private school voucher systems and parent “trigger” laws attempt to increase learning opportunities for children by maximizing parental choice and administrative participation.

Yet, these reforms—or 'deforms' as they're called by opponents—have been condemned for being undemocratic, corporatist, and overly punitive. NCLB, for example, has been said to subsume diverse groups of children under reductionist statistical metrics, failing to account for demographic and developmental variances. RTTT continued this trend, according to critics, and added pressure for local school districts to implement costly teacher evaluation protocols based largely on standardized achievement tests, rather than holistic measures of learning growth and professional practice. In an ironic display of political harmony, small-government 'conservatives' and labor-minded 'liberals' alike have attacked national education reforms, the former for impugning states' rights and the latter for undermining collective bargaining.

Hawaii, considered by some political pundits to be the most labor-friendly state in the nation, has been on the frontlines of the battle over public education. One year after receiving an RTTT grant award in 2010, the state was placed on “high risk” status by the U.S. Department of Education for failing to implement reforms quickly enough and prolonging a regressive contract dispute with the Hawaii State Teachers Association. Education reforms are further complicated by events from Hawaii's historical trajectory, including settler colonialism, imperial overthrow of native governance, suppression of indigenous culture, and plantation economics, each of which inform the state's current sociopolitical structure and discursive condition.

This interdisciplinary essay collection seeks to engage the theme of “education in Hawaii” from a critical vantage point. Submissions will be accepted for each of the book's four sections: “Pedagogy of Aloha” (critical pedagogical studies); “Decolonizing Aloha” (colonialism in/and the classroom); “Re/Deforming Aloha” (general education theory, including social, political, and philosophical analysis); and “Teaching Aloha” (classroom stories). Potential topics might include:

- How do socioeconomic and ethnic inequality affect Hawaii's classrooms and education politics?

- To what extent does money drive education reform in Hawaii? Do reforms (re)produce corporate infrastructure and economic division, rather than quality learning experiences?

- How does Hawaii's history, including settler colonialism and plantation development, impact the present state and future direction of the state's education system?

- In what ways are native or marginalized knowledge(s) suppressed by standards-based education reforms? What pedagogical techniques might be used to advance such knowledge(s)?

Essays should be approximately 4,000 to 8,000 words in length and employ Chicago Manual of Style formatting (using endnotes). Submissions should be sent to editors@interstitialjournal.com. Initial inquiries are welcome. Deadline for submissions is December 31, 2013.
Posted by The Weird Teacher at 11:35 AM 2 comments:

Everyone is Faking It

*from a chapter on making your own rules for teaching*

The thing that made the transition easiest was when I finally internalized the idea that Everyone Is Faking It. No one really knows what is going on. As a child you never suspect that the grown-ups in your life don’t have everything wired. They must, they’re grown-ups. I think the trouble with the puberty part of adolescence is you spend a lot of your time assuming that at some point you’re going to figure everything out. Things are going to become clear. You will hit a certain age and a key will turn in your brain and suddenly life will make sense. I thought maybe when I graduate high school. Maybe when I graduate college. Maybe when I get my first real job. Never happened. Never got the cheat code that illuminated Life and showed me the back doors and the ropes. Never got to peek behind the curtain. Never got the software update.
The only explanation is not that I didn’t get it. It’s that no one gets it. I’m not a solipsist. All you other people exist. You’re walking bags of meat, water, and electricity just like I am. If I didn’t get an instruction manual, if I never got the download of Important Information, then no one did. Everyone is faking it.
...
Those two thoughts sprung a trap in my Teacher Brain than can never be unsprung. Everyone is faking it and there are no rules. This changed everything. I had that realization at around the same time I was really getting good at the basic mechanics of teaching- Various types of classroom discipline, how different instructional theories played in the classroom, what worked for me and what didn’t. I was ready to start making my own choices right at the moment I was freed by my twin realizations. No one knows what they are doing and there are no rules.
Posted by The Weird Teacher at 1:53 PM 2 comments:

Email ThisBlogThis!Share to TwitterShare to FacebookShare to Pinterest
Labels: faking it, no rules, teaching

Parents, Be Wrong And Admit It To Your Kids

*This is from a chapter directed at parents* 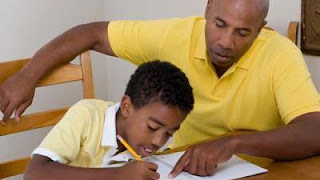 Oh! That’s a scary thing, isn’t it? What if they ask you a question you don’t know the answer to? New teachers have this same fear. I’m supposed to be the smartest one in the room. I’m the Teacher. I’m the Parent. I’m the Adult. I should have all the answers.
No. No you shouldn’t. Be wrong. Be unsure. That tells your child that being wrong is ok. I tell my students weekly that I want them to get things wrong. My job is to teach them, but if they know everything I have nothing to teach them. Them being wrong keeps me employed. I will never ever yell at someone for being wrong. I’ll get on their case for not trying, that’s a huge problem, but being wrong? Nope. Be wrong. Humans are wrong with startling regularity. You can’t learn unless you’re wrong first. I tell my kids I’m wrong all the time. When I make a mistake in class they point it out. Oh, there is nothing more fun than pointing out your teacher’s mistake. “Mr. Robertson! The answer is 52! You wrote 55!” “Why so I did. Thank you.” “Mr. Robertson, you misspelled ceiling! Again.” Ceiling, for those of you who don’t know, is one of the most frustrating words in the English language. It never looks right. Being wrong is learning.
The best part of telling your child that you don’t know is it means you get to learn something together! We now live in a world where all the knowledge is quite literally at our fingertips. The Google Knows All. Take advantage of your smart phone. Show your child how you find out something when you don’t know. They learn from you. If you’re brave enough to be wrong, your son will come to my class and he’ll be brave enough to be wrong.
Posted by The Weird Teacher at 1:30 PM 2 comments: