#WeirdEd this week is well aware how close the end of the year is for most of us. And rather than deny that let's use it as a super-obvious and probably stretched-too-thin metaphor for a chat.
There's so much about the beach to love. The surf. The sand. The sun. The abundance of s-word nouns. I know the beach is where I want to be this summer, and I know it's not going to happen as much as I'd like. I'm going to have to go to the beach in my head. Luckily, living in Hawaii for six years, and Southern California before that, gives a person a pretty detailed mind-beach to draw from.
The beach is where we can relax, but also where sport can happen. We can get burned and hurt, we can meet strangers, and we can watch drunk friends try to jump over the bonfire we may have illegally built while illegally camping. The sounds and smells of the beach are soothing and, for most of us, bring memories we love to hold on to.

I'm going to go ahead and admit right now that you're going to have to come with me on some of these questions. Really buy into the metaphor.

**Things to think about**
What from this school year are you going to carry with you for a long time going forward from now? What is going to wash right off? What sticks in your swim suit, annoying and chafing? Are there sounds you're going to miss from this year? When you close your eyes what images are going to remain for a moment that you can see through over-lit eyelids? Did you try and fail and try and fail with something this year? Are you going to get up and ride that again next year?
Posted by Unknown at 2:44 PM 1 comment:

Email ThisBlogThis!Share to TwitterShare to FacebookShare to Pinterest
Labels: #WeirdEd, the beach 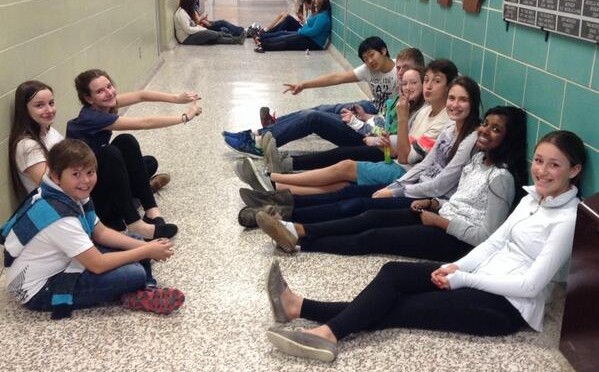 This week's #WeirdEd isn't my idea. I stole it from Brian Aspinall and Tracy VanDenBosshe. At their school, where Brian is a teacher and Tracy is a VP, they have instituted something that I think shows a lot of risk for a lot of potential rewards.

Their school is Student Led.

Rather than go deeply into this, like I normally do, I'm going to let Brian do the talking. Please click over to this link and read what he's got to say.

Seriously, read the link. It's important for the chat.

After spending two years on the journey, I am completely convinced that student lead schools are the way to go. We don’t make classroom rules on the first week of school in September.
Here is what I have noticed:
**Things to Think About**
This feels like a massive risk, how does that makes you feel? Could you release control to your students? Are your students ready for this kind of responsibility? Is your staff? How long would it take to get there, and would you even want to? What would our job turn into? Why aren't you following @mraspinall and @TracyVDB yet?

Posted by The Weird Teacher at 12:32 PM No comments:

The most consistent movie studio of the last two decades (yes, TOY STORY came out in '95) is, without a doubt, PIXAR. The joy, wonder, and emotion this small (at first) studio instilled in audiences and infused in their films has brought us all to cheers and tears in theaters across the world.

Each of PIXAR's films deals with different, some might say heavy, subject matter. They began making simple buddy comedies, TOY STORY 1 & 2, MONSTERS INC., but evolved beyond those to tell stories that no one in their right mind could have predicted would work. Seriously, imagine being in the pitch meeting for UP or WALL-E.

"Ok, so it's about a robot in the future. He is a little trash compactor on treads. He can't really speak. In fact, for the first twenty minutes of the movie he is only with a cockroach, and neither of them talk.
There's no real human dialogue for a huge chunk of this children's movie. Also, its message is pretty anti-consumerism so toys probably won't be a huge money-maker. (That's ok, that's why we made CARS, they reply.)"

"Our main character is a widower octogenarian. He hates everyone. We'll see both a miscarriage (or just the bad news his wife can't get pregnant) and her death in the first fifteen minutes, right after we fall in love with her."

Really. At least rats can look cute if you animate them right. Rats in a movie where characters speak French at each other.

PIXAR as a company is what we as teachers should strive to be. They have fall-back money makers they know the kids will love (CARS), but they also tell risky stories that will make kids think without making it obvious they are trying to make kids think (WALL-E). They express diversity and acceptance (BRAVE, RATATOUILLE). They teach friendship and perseverance in the face of  massive adversity (FINDING NEMO, TOY STORY 3). And those are only a small part of the lessons PIXAR whips on us while we're busy repeating, "Escape!" (Fun fact: The great white in NEMO is named Bruce because that's what Steven Spielberg called the animatronic shark in JAWS, which was named after his lawyer.)

**Things to think about**
What's your favorite PIXAR movie? What message did you take away from the movie? Can you use movies like this in your classroom to teach (ignore school policy on movie-showing)? Which PIXAR movie is most successful at expressing its message? Who is your favorite PIXAR character? Am I being too hard on CARS? (I actually like the first CARS for what it is.) Can you use the emotion PIXAR conveys in their stories to teach valuable lessons to your class? Which PIXAR movie are you about to go watch now that I've got you thinking about them? I recorded a podcast with Jethro Jones a few weeks ago for his show, The Transformative Principal. It's up and you can listen to it so you should.
You can follow this link to the show.
Or to Stitcher, which is a podcast app I just discovered and quite like.

Posted by The Weird Teacher at 12:20 PM No comments:

It all started when @HuffPoEd tweeted a resignation letter from a teacher. I think I've made my feelings on these letters perfectly clear (see this and this). And I don't go looking for these letters. I don't even click on the link most of the time because I know how they make me feel.
But for some reason I did. And it pissed me off, like it does.
Which lead to the following string of tweets:

"MT @HuffPostEdu:Why I'm resigning as a teacher http://huff.to/1j2EOkr " Look forward to Why Teaching is Awesome stories to balance the whine

.@HuffPostEdu But positive education stories don't get many clicks, do they? Better to just post resignation letters from quitters.

You realize that you're allowed to quit teaching without a long resignation letter that only hurts those of us not quitting, right?
Doug Robertson @TheWeirdTeacher


Bc @HuffPostEdu will LOVE to run your complaining rather than a positive article about teachers staying and kicking ass.


You're giving up and leaving us. That's fine, I'm sure you have good reasons. But don't we have enough bad press w/out quitting Ts helping?


Either stay and fight our get out and let us fight. They will run 100 stories about crap ed for every one good story. Don't. Help. Them.


Just because you're moving out of a house you don't like anymore doesn't mean you've gotta toss a lit match behind you on the way out.


I can't be the only teacher who HATES those letters, can I? *this is your cue, everyone who didn't just unfollow me

Shockingly (or not), I didn't lose a bunch of followers. It probably helped that my little fit started around 10pm.  It also helped that I'm not alone in my feelings. I've developed a group of friends who are as crazy dedicated to education as I am, if not more so. So instead of telling me to get over it, or to pay attention to which links I click, they responded to my final tweet in a way I couldn't possibly have expected. They responded with some of the most inspiring writing about being an educator I've read. And now I want you to read them. I insist that you read them.

From John Wick- Someone to Carry You

From Samantha Bates- Being All That You Can Be

From Jess Lifshitz- What I Wish We, As Teachers, Wrote About More

From Kory Graham- Keep On Teaching On

From Brian Costello- I Have a Dream...Just Try To Stop Me

From Ross LeBrun- Why I Stay

From Mark Johnson- Reasons Why I Love My Job 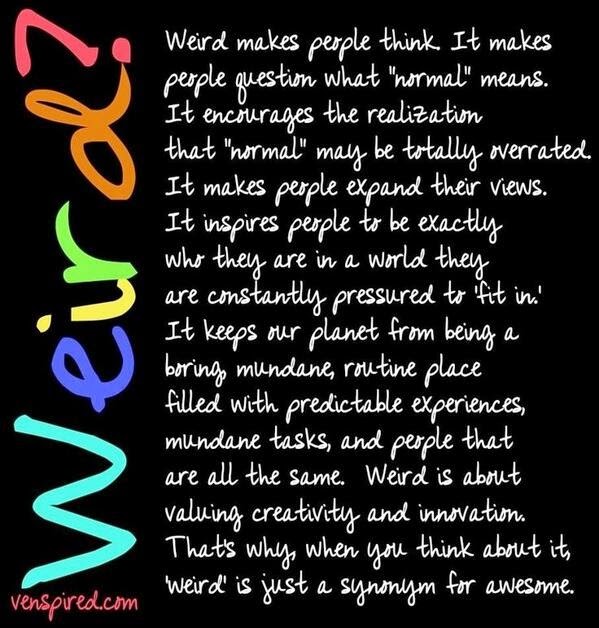 I seriously cannot express how amazing the #WeirdEd chats are. Tonight we bonded, we laughed, and we discovered that there really are a lot of us weird kids out there. It was without a doubt a great hour and I can't believe how quickly it flew by. For all the laffs please follow the link.
Posted by The Weird Teacher at 9:51 PM No comments:

We love our kids.
Kids are hilarious and strange and goofy and weird and fun. They can't help it, they are miniature (for some of us) adults. And re should rejoice in the oddness that they bring.
So this week I'd like to talk about our kids. I want to talk about specific students and specific times and interactions that we've had. How they make us feel and how we've dealt with that. I want to talk about when they are just off the wall nutty.
And I want to make clear that none of this is mean-spirited. As teachers it's our right to tell stories about the small humans under our charge. It's one of the ways we stay sane. We are not making fun of the students tonight, we are not laughing at them.
I think, I know, that the weird kids don't always know they are the weird kids. They don't understand that what they are into isn't what everyone else is digging. To them everyone else is the weird kid. We must be able to see that, and to nurture that.
Yes, this is inspired by Chapter 26 of He's the Weird Teacher: Sympathy for the Weird Kid. If you like the chat and the questions you'll like the book.

**Some Things To Think About**

What's the strangest thing a kid have ever said to you? Do you remember a goofy story? How important is empathy in your classroom? What is your tolerance level for weirdness in your classroom? Can you train your kids to go from goofy to serious in 5, 4, 3, 2, 1? Are/Were you the weird kid? How did you know? When did you realize? Have you heard other teachers talk badly about the weird kids? What do you do about it?

Email ThisBlogThis!Share to TwitterShare to FacebookShare to Pinterest
Labels: #WeirdEd, sympathy for the weird kid

In this lesson I tackle new teachers, metal, hair products, an ideal school, Spinal Tap, and regrets.
Posted by The Weird Teacher at 4:45 PM No comments: 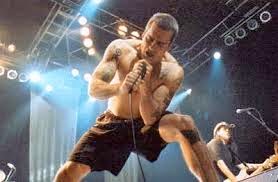 #WeirdEd continues to be a ton of fun. This week was no exception.

Here's the Storify.
Posted by The Weird Teacher at 4:44 PM No comments: