Last week would have been Jim Henson's 78th birthday. A few days ago Jim Windish wrote a fantastic blog about his love for the Muppets and the ways that they inspired him and I wanted to Ms. Piggy-back on that for #WeirdEd, for I too love the Muppets. I love nearly everything about them and what they represent.

My favorite author of all time is Dr Seuss. He is the greatest author ever. Period. Full stop. Seuss wrote silly stories that were subtly (and not so subtly) subversive. He got generations of children thinking about equality and fairness and war and differences without bashing us over the head with it.

Henson did the same thing on television. Think about Sesame Street. Not one character looked the same. Some were similar, but none were the same. This is social engineering at its finest. This mad cast of characters lived together along with a incredibly diverse, by ethnicity and gender, human cast. They solved problems, worked together, sang, danced, and played. And generations of kids watched it unquestioningly. Sure, we learned to be a little ADD and they whipped some math and spelling and other skills on us, but the main unspoken message of the show was one of community.

The main characters embody all the archetypes and even invented a few. Kermit is the leader who has it all under control, or at least appears to. Fozzy is the comic relief. Gonzo is the whatever (my favorite). Piggy is not the love interest, but the strong, aggressive female who kicks serious butt and is still feminine. There are scientists, a band you know was stoned all the time, depressed monsters, monsters with impulse control disorders, imaginary friends, an eight-foot tall canary who was the embodiment of childhood, and old men taking the wind out of their sails and keeping their feet on the ground. And that's just a tiny fraction. The Muppet Show was insane, a meta joke about late night shows aimed at children who hadn't seen late night shows. Stars would come on, but play their characters. I won't even pretend that that level of awareness and silliness hasn't permeated my classroom.

This week we embrace Jim Henson and his Muppets. What they taught us. What we can learn. How we can grow from them. And remember, this is all coming from a guy who has his own classroom monster.
Posted by Unknown at 4:04 PM No comments:

Books get banned for all sorts of terrible, idiotic, and ridiculous reasons. Where the Wild Things Are was banned because Sendak nailed the occasional dark loneliness of childhood so precisely. Have to keep the kids from that. They can't know the truth. The Captain Underpants books are challenged every year as well because humorless adults have no idea what kids think is funny. We are called to seek out these verboten tomes and find out just what the big deal is. Some you can almost see the fuss over, especially in today's society...I'm a liar. I can't see a reason for banning any book. Everything teaches us something. (Though if someone wants to start the rumor that He's the Weird Teacher has been banned for being too damn awesome I'd not argue with you.)

We will look at some banned and challenged books, talk about their meanings or why they were banned/challenged, and learn from them. Are there reasons we should not allow students to read certain books at school? Teachers are in a weird place. We (read: I) am both a rebel and an authority figure. Books in school are an interesting place for lines to get drawn. Can I draw those lines? Should I?

How powerful is the effort to ban a book? Does it ever work? Does censorship ever actually quiet the message it is trying to keep down? Maybe for a moment, but the light shines through. Can you think of a time when you inadvertently censored a child?

#WeirdEd gets a little less silly and a little more serious this week, but in the best spirit of #WeirdEd. I can't wait to hear what you all think.
Posted by Unknown at 7:22 AM No comments: 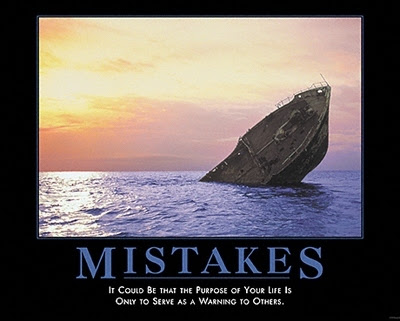 Tooday we are goig to talk about mistakes.Mistakes aer an everyday part ov a teechurs' life. We deel with them allthe time and we also make them al the tym. Corrrecting misteaks is basically our job a wholelot.

So how do we deal with students when they make a mistake? How do we learn from our own mistakes? Mistakes a re a part of life, that's easy to say. But really, constant mistakes are frustrating in the extreme. It's why I deal with children. I understand when a child makes the same mistake a bunch of times. But an adult? Why haven't you learned yet?

Mistakes are learning. I tell my kids the only reason I have a job is because they don't know everything yet. I want them to make mistakes, that way I know what they are thinking and how to best help them. I beg for mistakes. Mistakes show effort.

#WeirdEd Week 22- Other Parts of the Job 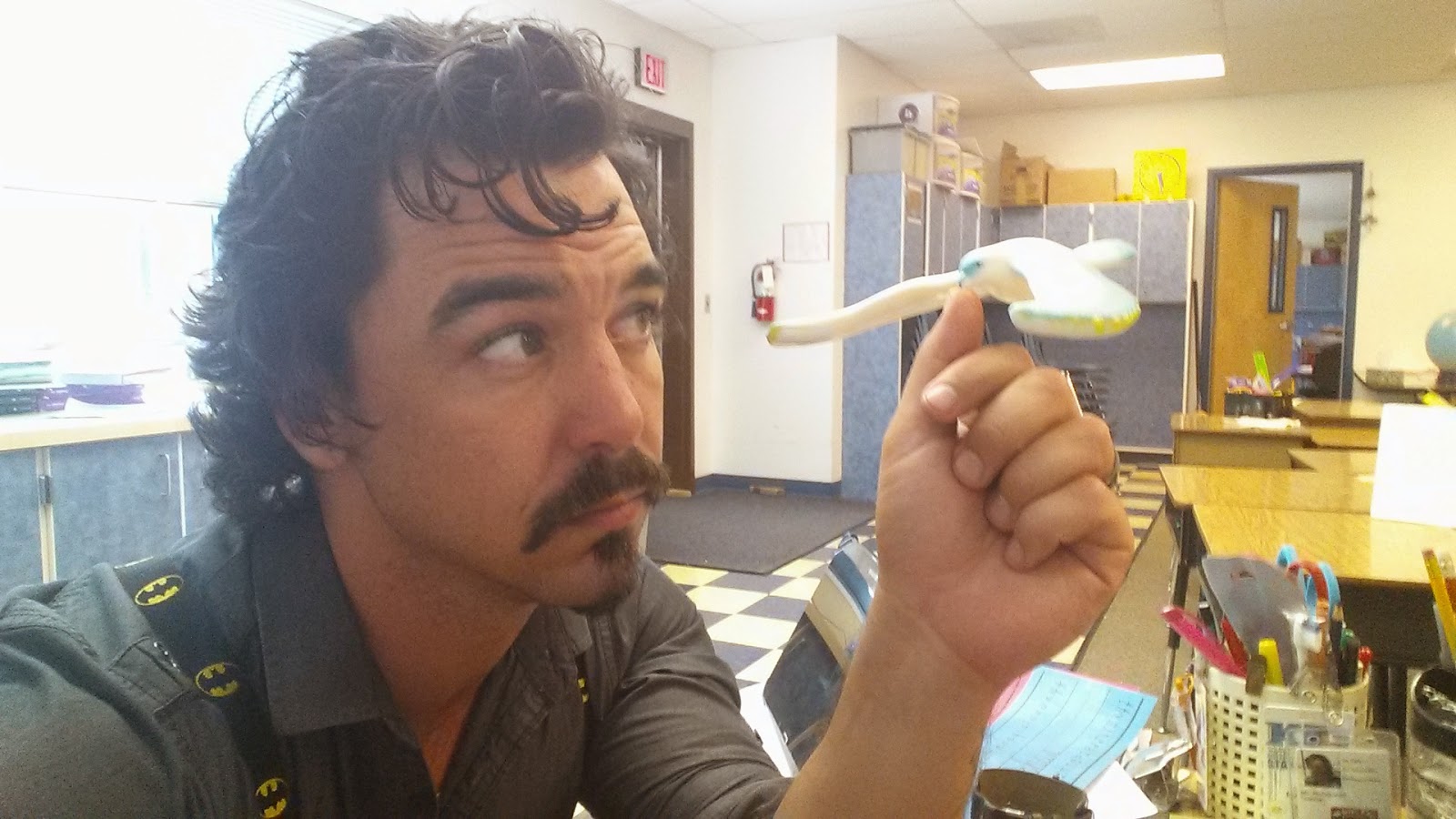 There is so much more to teaching than teaching. So many things that we do that we were never trained for. Extra jobs, bonus hats, picked up positions, and gopher goodies. We knew going in that teaching would be about lesson planning and books and tests and projects and talking and listening.
But what about all the stuff we didn't know? How many things that you do on a weekly or daily basis are things you didn't expect, things you don't think fall under the umbrella of Teacher. Or, because now you're used to it, what things are teachers that you never expected but now you feel are integral parts of the job?
Now we are all back in school and, hopefully, finding our footing. Which means now is when we are remembering alllll the stuff we might have forgotten about our profession. There are things that happen during the day that I think, "Oh yeah, this is a thing I do too." I'm on my ninth year (wow...really?) and I still forget all kinds of stuff.
Tonight let's talk about what we never realized we need to do. The jobs hidden in jobs and the things that aren't really jobs at all.
Posted by The Weird Teacher at 3:21 PM No comments: 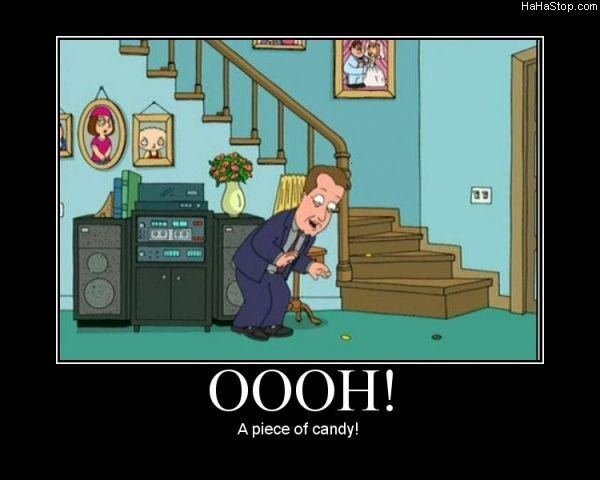 #WeirdEd this week is about candy. Because the last week or more on twitter has been brutal and I need some candy. Between watching Zoe Quinn and Anita Sarkeesian become punching bags for manchildren masquerading as gamers, the ongoing injustice of Ferguson, a child killing someone with an Uzi, and the sexual abuse of stealing and posting a female celebrity's private pictures I need a break.

Oh yeah, and school starting. Which is never stressful.

I want to cover gender issues in this space. And more racial issues. And more equality. And LGBT issues. All things that education alone can work to solve. We are going to hit these things because we have to.

But not this week. I want to do those heavy lifting chats because this group has proved twice now (three times if we count eulogizing Robin Williams) that we can handle it with aplomb and grace and intelligence and openness. But they are hard and dark and a downer and #WeirdEd should not be a downer.

We deserve a chat about candy.

Because teaching should be a tasty treat. Of course it's not all candy, that'll rot your students' teeth out of their heads. But here in #WeirdEd world we have earned candy.
Posted by The Weird Teacher at 9:00 PM 1 comment: