The Threat of Vanilla 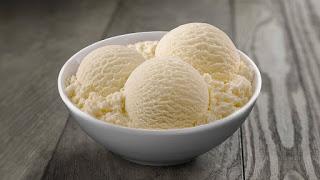 It's November. The month of giving thanks. But sometimes in order to give thanks for thinks you have you have to look to the flip side and see what makes you angry. Anger is often conveyed as a bad emotion, something you shouldn't feel or express. That's unhealthy, anger is human and anger is fuel. It burns hot and fast and it's not sustainable, but it works. Anger can focus you if you're mature about it.

You know what makes me angry?

How many teachers seem to take snake oil salesmen seriously. How many people can continue to be fed the meaningless gruel of "Be positive and ignore the negative", "Just love your kids", "In the 'Real Word'", and the like and eat it up and ask for like an orphan in Dickens. These messages are vanilla at best and dangerous at worst. They perpetuate a system that upholds the status quo while pretending at revolution where none exists. They pander to the safest, easiest impulses of ourselves rather than do any pushing at all because you can't push with cotton candy.

There is nothing risky in saying "You know what teachers need to do? Love their kids." We are sold it like it's this revolutionary concept. Holy crap, man! Did you hear what he said? Love the kids! Like love is all you need. He should write a song. It would be a hit. It also puts an incredible amount of pressure on teachers. "You know what's wrong with you? You don't love your kids enough." Screw that, I'm working hard. Frankly, my job is to teach my kids first. I do love my job. I do love working with my kids. But putting "You gotta love your kids" on someone creates deeply unrealistic expectations.

Loving the kids is also the language of those actively trying to hurt public education. It plays right into the hands of people who want to continue to pay us an almost living wage with one hand while calling us valued professionals with the other. Every time there's a strike or a walk-out or a protest, LOVE YOUR KIDS is the first place those who want to hurt us attack us. "Look at these teachers. They say they love their students, but if they did would they be walking out?" We're immediately back on our heels having to argue from a place of "I do love my kids! But..." This is a tactic sold to us as pedagogy. You know someone really loves something when they're forced to defend it loudly. Just like you know someone really loves students when they tell you you should be doing it all the time. Especially people who don't have students but love telling you how much you should love yours.

It's not a risk. We should be angry that "risk" is reduced to such bland, tasteless vanilla.

I'm angry that thought leaders won't be bothered to respond to critical responses to what they say and their fans don't care. We should be scared and angry that those who style themselves as leaders in our community call any questioning of their ideas "bullying" or "trolling" or "rude". We should wonder what they are so scared of. But when I push my mentions are filled with people asking me why I'm so mean instead of wondering why the person who presented the idea in the first place won't support or defend it. My mentions are filled with people telling me to talk to the person I disagree with in private rather than in public. Let us ignore that they're ok with disagreeing with me in public. And I'd prefer that anyway. I have the strength of my convictions, I'm not afraid of being wrong, of being challenged, of standing behind what I say. Question it and let's see if the towers I build stand up under high wind. If they don't that's good, I can build them better next time.

A popular thought leader who gets paid a lot of money to spread his ideas and cannot handle being questioned at all ignored my pushing him on something ridiculous he said until he finally bravely said that he would only only talk to me about it I would follow him, DM him my phone number, and then he would call me, and then we could talk about what he had to say. This was his "I'm putting all my cards on the table" move. He was so brave, so unafraid of defending the ideas that he puts into public, that he was willing to defend them only in a situation of his total control and in completely privacy. And when I called him on that too he said he guessed I wasn't the one willing to have a conversation. The conversation I'd been pushing for hours. The conversation he would only have if his specific demands were met.

Such brave. So risk. Much positive.

I'm angry about what's hailed as leadership and good ideas. There's a dude out there who thinks he's a dynamic professional developer, an author who writes about discipline. A white dude who used the n-word is his book but thinks it's ok because he was trying to make a point. A guy who talks about "mouthy kids" (code word alert) and suggests that instead of being "mad" at the kid (the "mouthy" kid) we should be "sad" for that kid. And people are like, "Yeah! That's the way to deal with it! Pity the child. Like Mr T, except with our students." Why shouldn't I be angry that these are the ideas that gain traction?

Books full of quotes Jack Handy would have left on the cutting room floor get published and pushed like their the Next Big Thing even though they're actually the Same Old Thing all over again. Mouthwash swishing from cheek to cheek. We should be angry that this is what passes for leadership, for risk, in some education circles. We should wonder who wants this big bowl of nothing and can't wait to order another.

I wonder at the writers who assert that teachers should just use technology better, more effectively, to reduce student stress, or increase engagement, or solve some other ill, while ignoring the lack of technology in schools. Yes, your solution would totally work if A, B, and C were also true. I want to rally against that. Against notions like the rate of change happening inside of classrooms is not keeping pace with the rate of change outside of classrooms. According to who and what, I wonder. Where does this data come from? Is it anecdotal? There's always someone out there willing and ready to talk about how bad education is. There has to be, you can't sell a fix to something if you don't talk about how broken it is first. And there are parts of education that are broken, to be sure. But loving kids, teacher evolution, effort of students and teachers, professionals who push the boundaries and do it while doing everything else we do, that's all happening.

There are so many great education writers out there. So many good authors writing important things. So many people in and out of the classroom who still have a realistic view of education. Who know that platitudes solve exactly zero problems and are the Möbius strip of the education world- you use them, they do nothing, and then you can suggest them again as a solution, round and round ad infinitum. We should celebrate them and every time a nothing sentiment gets thrown around like it's something, we should throw it back. "Sorry, this is too small. Bring it back when it's mature enough to catch and use."

I'm angry at being disrespected by those who want me to do better and claim to be positive while doing it. Hiding isn't positive. Creating a bubble, an echo chamber isn't positive. Rushing to defend your favs without wondering if maybe there's a point in the pushback isn't being positive. Using "But he's nice/trying hard" isn't actually an argument in favor of any idea. It's a cult of personality.

Why aren't I calling any of these people out specifically? I would like to do that. But I would also rather focus on the idea than the person. I don't think most of these people are bad people, though a few are hacks and thieves and frauds. I do think there's a lot of meaningless-to-dangerous ideas being put forth by good people who are just trying to help. But intention doesn't actually count for anything, result counts.

Please stop calling yourselves thought leaders. No one's thoughts need to be led, and most of your thoughts aren't so original that all of ours are clambering to fall in line.

Leaders stand behind their words. Leaders do the work rather than talk about the work. Leaders act in specific ways. Leaders are brave enough to put their chins out in the air. Leaders fail in public, admit it, and move forward stronger and better.

We should be angry at those who pretend to be leaders, and we should celebrate those who actually lead.

If you like this post and the other posts on this blog you should know I’ve written three books about teaching- He’s the Weird Teacher, THE Teaching Text (You’re Welcome), and A Classroom Of One. I’ve also written one novel- The Unforgiving Road. You should check them out, I’m even better in long form. I’m also on the tweets @TheWeirdTeacher.
Posted by The Weird Teacher at 10:37 PM