When the Stomach Betrays a Student 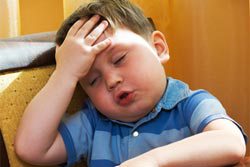 *from a chapter on bodily functions*
The other caveat to Thou Shalt Stay In Thy Seat is if you are about to be sick. Any kind of sick, I don’t care what end it is about to come spraying out of, get out of my room. Go, run RUN to the bathroom. Even if you don’t make it all the way there it is still better than doing it in the classroom.
Mostly, I’m talking about puke. Vomit. Spew. Throw up. Sick. Some children throw up more than frat boys determined to convince themselves they are having a good time. The trick is getting that moment of warning before it happens. They know it is about to happen. But how much time to do you have? How far are they from the door? Some students feel it coming far enough in advance. “Mr. Robertson...I don’t feel good...” A child about to lose it has a look. A pale, sickly pallor. An experienced teacher has seen it before.
“Go. Go to the bathroom. Go!”
This might seem harsh. Maybe you think I should ask very nicely what is wrong and what they had to eat. Nope, now is not the time for that. Vesuvius is bubbling and you don’t know when it is going to blow. Urgency prevents a fare-thee-well. Yes, throwing up will probably ruin that student’s day. But throwing up in the classroom will ruin the entire class’s day. That is a smell that does not come out. Sympathetic puking becomes a real concern. Not just for the students either. I’m ok around a lot of fluids, but those smells...I struggle to keep it together. I’m not above taking a class outside for the day. You, of course, do your best not to embarrass the sick child. I remind the class that this happens, sometimes people get sick, and I praise the ill one for getting out of the classroom in time. Even if they only make it to the grass outside the room that is still better than doing it in class. May you never experience a bus sick child. Trapped in a warm, enclosed can... *bjork*
Posted by The Weird Teacher at 2:23 PM