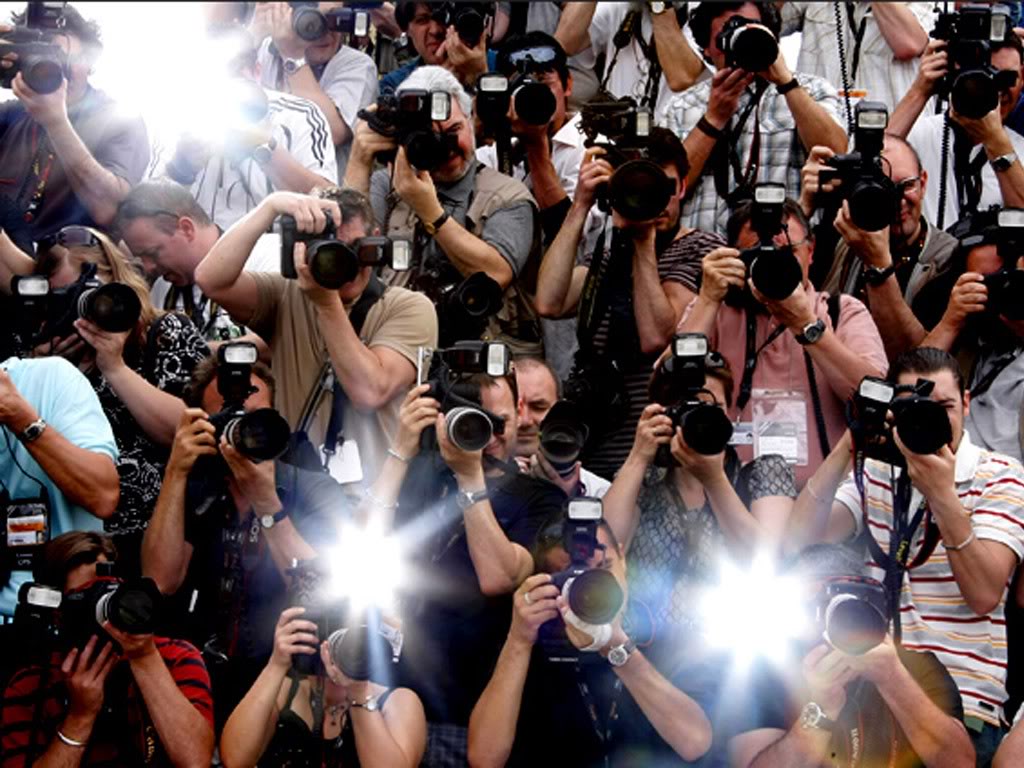 With the rise of the internet, niche cultures and small worlds are connecting in hitherto unseen ways. Now everyone has their own little corner of the web, be it on Twitter, Facebook, or Tumblr. There's even that guy still using Google+. One of the things that has naturally grown out of this community building is some animals are becoming more equal than others.

Some people are better at social media than others. Some attract followers more quickly and, as data can* support, the more followers you have the easier it is to gain followers. So certain accounts become Internet Famous.

The difference between Internet Fame and Fame Fame is recognizablity. If you say the person's name to your mom does she know who that is? By now your mom at least has a flicker of recognition if you say, "Kanye". Even my mom knows, in broad strokes, who Kanye is. He's Famous. On the other hand, if you say "Dave Burgess" to your mom she's going to say, "Who? Is that one of your nice friends at school?" In our circles, Dave is Internet Famous. I'd bet that most teachers encounter his name in their first day on the tweets. The Blank Like a Pirate shadow is vast. However, even the teacher next door to you might not know who he is if that teacher doesn't live on the internet. And how dare that teacher not care enough about students to not be conne- *chokes on own vomit*

There are levels of Teacher Internet Fame. Some of us have even managed to rise above Internet Fame to Small Culture Fame. The Dancing Teacher in that cute video your aunt sent you on Facebook and that guy with his hair on fire are more widely known, though they still couldn't be considered famous. Maybe Jaime Escalante, he's got a movie. And the Freedom Writers lady.

Most of us aren't that. Actual teacher fame probably consists of whether or not random people recognize you at a conference. This happens to me now, though I'm blaming it on the blue hair making me easy to see.

I think a lot about how we raise some teachers up. Or maybe it's how teachers raise themselves up? How much control do you have over how Teacher Famous you get? I think we have very mixed feelings as a group about those who become more wildly recognized. And I know teachers who are seen as Teacher Famous who hate hate hate it and don't understand it and wish everyone would stop making such a fuss. Is it just that they are the loudest? They seem to have the most to say? I try to keep in mind that fame and talent do not go hand-in-hand. The deserving are not always the ones held up, and teachers are no exception to this rule.

I'll be honest, if I had to make a Teacher Mount Rushmore (something I would never make you do, honestly, that sounds awful, though my jawline would look good carved in granite), my four would be classroom teachers. I'm not judging coaches, TOSAs, administrators, or researchers. I know too many of those people to name who are wonderful and who do things that make my job easier and better. I'm saying that for me, the ones I value the most and hold in the highest regard are the ones who are in it and doing it. And here's another place Teacher Fame feels unbalanced- in-the-classroom teachers have, I'm guessing (and I have no proof), less time to do things that get us known. Less time to write and speak and travel and create. Can't travel to that conference, have 30 kids to teach. Luckily, the internet has made it easier to share what we're doing and that meritocracy is pretty nice.

Should we celebrate each other? Yes. But how far? When does it turn? Does it ever? I wish I saw some of my friends on ELLEN. Imagine a classroom teacher who is just doing good work getting that much attention. Do you even want that? That's a lot of pressure.

And how does a level of teacher fame impact the students? Oh yeah, them. It all comes back to them.


*probably, if I wanted to check
Posted by The Weird Teacher at 1:11 PM